How to Apply Magnetic Lashes

Let's be real: Applying fake lashes is no easy feat. Between the messy glue and the dexterity required to find the perfect placement, it can feel near impossible to do it the right way. And that's not even to mention the annoyance of trying to peel them off at the end of the night. In more ways than one, false eyelashes can often feel like a heck of a lot more trouble than they're worth.
Enter: Magnetic eyelashes, a way to wear falsies without literally any of the annoyance usually associated with them. Instead of using lash glue — which, in addition to being wildly messy, can also cause allergies — these babies stick on your lashes with magnets. Think of it as all of the glam with none of the goop."One of the reasons why I love magnetic lashes is because they are so easy to use," says celebrity makeup artist Gina Brooke, who's a fan of One Two Lash's magnetic offerings. "It's simple, it takes like 2 seconds, and the more you apply them the more easily they just pop on and off."
Magnetic eyelashes essentially work by sandwiching your natural lash between two fake lashes with magnetic strips, which hold them in place the way glue normally would. While they tend to be slightly pricier than the glue- or stick-on options (One-Two Lash's magnetic strips are $69 a set), you can wear them, wash them, and re-wear them multiple times, so you wind up getting a whole lot more bang for your buck.
Ready to try magnetic lashes out for yourself? Here, Gina explains exactly how to apply them in three easy steps:
Step one: Start by curling your lashes with an eyelash curler to create a solid base for the magnets to stick to. To find the best curler for your eye shape, peep our handy guide.
Step two: Apply a coat of mascara (Gina's pick is Smashbox Super Fan), to give your natural lashes an added level of oomph on your own. "The reason is that you want to have that thickness of your natural lash, and then that furry, light, soft, doe-eyed look with your false lash, so when you connect them together it looks more realistic," explains Brooke. One note? Make sure you never apply mascara directly to your magnetic lashes, because not only will it wind up looking clumpy and strange, but it will destroy them for any future use.
Step three: Apply the magnetic lashes. This part can be a little tricky at first, but gets easier and easier every time you try it. Start by holding the edges of the magnetic lash and rolling them slightly into a rainbow shape in order to create a natural curve in the lash before you put it on your lid.

How To Apply Magnetic Eyelashes In 4 Easy Steps

Attention false eyelash lovers: if messy lash glue isn’t your thing, but you can’t leave the house without your eyes on point, magnetic falsies may be your new best friend.
When we first heard about Ardell’s Magnetic Accents lash collection, we couldn’t believe that magnetic lashes ACTUALLY stayed put…much less, all day long. And, boy were we proven wrong!
We carry four styles in the Ardell Magnetic Accents collection - Accents 002, Double Wispies, Double Demi Wispies, and Double 110.
Camera Ready’s lash-obsessed, beauty guru Rocio applied the Accents 002 and Double 110 magnetic lashes to show you how easy they are to apply (just four easy steps!) Watch the full video tutorial here, or keep reading for a step-by-step guide.

Before you apply falsies, add a light coat of mascara to your natural lashes to enhance the final look. This technique also gives your falsies something to cling onto, which makes application much easier.

Next, you’ll take the bottom row lash and place it underneath your top lashes, as close to the lash line as you can get.
The magnet strips will connect as you do this, locking your lashes in place.
If you need to adjust, simply grab the corner of each lash strip to gently to pull to reposition. If the lashes are completely off, just gently pull them off starting from one corner of the eye and reposition.

Step 4: Repeat On The Other Eye

To complete your look, just repeat steps 1-3 on the opposite eye.
Voila! You’re looking fab :)
Shop our site to discover other Ardell lash products or to browse the other false eyelash brands we carry.

Camera Ready Cosmetics was founded in 2003 by Makeup Artist Mary Erickson. Having been in the makeup artist industry for 30+ years, Mary knows quality and value and understands what an artist needs. Mary is the buyer for Camera Ready Cosmetics and chooses only what she would use on set.
If you don’t find the product you’re looking for on our site, that’s because we have something better. Just ask us! 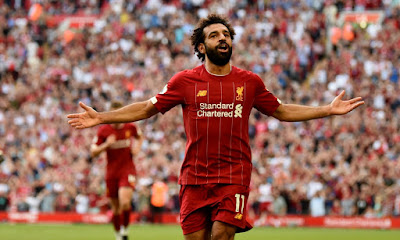 In the context of Arsenal’s lamentable record in this stadium this was actually an improved performance, whatever the scoreline might suggest. They were worn down in the end by a Liverpool side that started ponderously but eventually found their rhythm and confidence, with Mohamed Salah enjoying one of his most effective games for a while, though until David Luiz went into malfunction mode in the second half there was little to choose between the two teams at the top of the Premier League table.

If Liverpool are now the only side with a 100% record, Arsenal did enough to suggest that once their new signings settle in they should be a force again this season. It is debatable whether a couple of expensive errors by David Luiz can be filed under “settling in”, for this was a display to justify all the doubts raised by those who questioned whether the notoriously fragile Gunners’ defence really needs such a loose cannon at its heart. While it would be harsh to state that David Luiz cost Arsenal this game, he certainly blighted their chances of making a comeback.


Liverpool’s overall strategy was clear from the outset: they kept switching the ball from left to right in the hope that either Andy Robertson or Trent Alexander-Arnold could get behind Arsenal’s defence on the flanks. This is a plan that normally works – and Robertson almost found Roberto Firmino in front of goal with a firmly driven cross-shot in the first couple of minutes – but while both full-backs saw plenty of the ball the final delivery was not quite up to the usual standard. Alexander-Arnold in particular was wasteful in the first half, and after surviving the expected pounding in the first 15 minutes Arsenal began to grow in confidence and ask some attacking questions of their own.

Pierre-Emerick Aubameyang could have opened the scoring when a mix-up between Adrián and Virgil van Dijk saw the goalkeeper’s attempted clearance land at his feet, but his looping attempt from the edge of the area drifted narrowly wide of an unguarded net. Then Nicolas Pépé, his first start for Arsenal already decorated by an alert spin to wrongfoot the normally unflappable Van Dijk, brought the first real save of the game from Adrián, albeit a routine one from a shot that lacked venom.

This was a much better start than Arsenal usually make at Anfield, with the visitors managing to live up to Jürgen Klopp’s extravagant pre-match billing. Not only did the Liverpool manager describe them as one of the best teams in Europe, he said it was silly to brand the Premier League as a two-horse race when a team of such quality is on the rise under a manager as capable as Unai Emery.

This might have come as news to many Arsenal supporters, though Klopp was also correct in predicting that Pépé’s pace would cause Liverpool problems. The new signing from Lille shot fractionally wide after getting on the end of a move that saw Joe Willock whisk past Alexander-Arnold on the left as if the defender was not there, and two minutes later his pace left Robertson chasing shadows too, this time the winger putting a tame shot too close to Adrián.


So although it was no surprise when Liverpool took the lead from a set-piece five minutes before the interval, it was perhaps against the run of play. Sadio Mané had brought a save from Bernd Leno and Salah had shot the wrong side of an upright, but Liverpool were not exactly pummelling their opponents when Alexander-Arnold swung over a corner from the right that Joël Matip headed in from six yards. Replays supported Mattéo Guendouzi’s argument that Liverpool players had in effect held him in a headlock, yet there was no VAR intervention despite the fact that several minutes had been wasted at the preceding corner in checking whether an alleged Nacho Monreal offence was worthy of a red card.
By half-time corners were becoming a problem for Arsenal, with Alexander-Arnold’s crossing of a dead ball as accurate as ever. On the stroke of the interval he picked out an unmarked Mané, who beat the ground in frustration after sending a free header over the bar.

Arsenal needed to score first in the second half to make a game of it, or at least keep Liverpool at bay for as long as possible, yet they managed to self-destruct just two minutes after the restart. When Alexander-Arnold slipped a pass through to Salah in the area David Luiz was tugging the striker’s shirt so blatantly that he gave a curt little salute to Anthony Taylor as an admission of guilt. The Brazilian then had the nerve to look aggrieved, along with the rest of the Arsenal defenders, when the referee pointed to the spot. The foul was as clear as it was unnecessary and Salah made Arsenal pay, smacking his spot kick firmly into Leno’s top right corner.

If David Luiz thought his afternoon could not get any worse he was badly mistaken. Salah beat him so completely on the right touchline he was left careering off the pitch with his hands raised in surrender, while the Liverpool player scampered gratefully into an empty penalty area to beat Leno with a confident low shot.

While David Luiz might have done better, it was risky for Arsenal to play with such a high line against such a fast-breaking side. Lucas Torreira scored a close-range consolation goal to deny Liverpool their first clean sheet of the season, though with Adam Lallana and Alex Oxlade-Chamberlain getting a run-out before the end, the league leaders had little else to complain about. 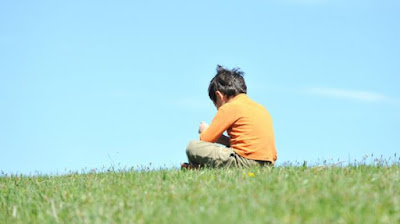 7 Myths That Circulate About Autistic Children And Their Truthfulness 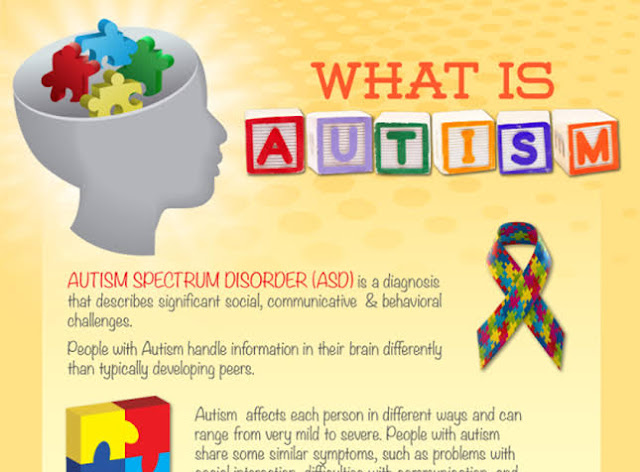 Autism, having a variety of symptoms, this condition is called ASD Autism Spectrum Disorder